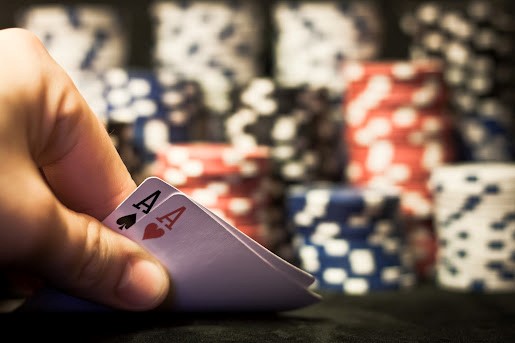 The glitz, glam, and potential to win big jackpots create some of the big attractions to the city of Las Vegas, but all of the fun does not just appeal to adults. Teens who cannot wait until they turn 21 to gamble could find themselves in a lot of legal trouble for underage gambling charges.

Even though underage gambling and the associated charges are often considered misdemeanors, teens could face jail time and the need for a bail bonds company to release them from jail. Underage gambling comes with many potential charges that can stack up with each other. Learn about the possible charges a child could face.

The law known as NRS 463.350 sets the legal age for gambling in Las Vegas as 21. The law covers every form of gambling in Las Vegas, including slot machines, race books, poker rooms, and bingo halls. Not only can a minor not play the games, but they are not allowed to use others to play games for them.

For example, a minor cannot pay someone over 21 to place a bet. Teenagers will likely be charged with a misdemeanor and could face both jail time and fines for the incident.

Casinos have numerous cameras and security monitors that will show that a minor is gambling on casino property. Punishment may increase or reach the maximum penalty if an underage person has illegally gambled multiple times. Instead of awaiting trial in jail, a bail bond company can help with paperwork and ensure the child gets released.

One of the key parts of NRS 463.350 includes a clause about loitering at a casino. The provision essentially means that an underage person cannot claim they were just hanging around the casino area and not gambling. Anyone under the age of 21 cannot be on casino floors where active games are.

Casinos often have split floors and designated areas that do not count as the casino floor. Carpet pattern differences are typically a big indicator. The loitering provision creates an ideal way to enforce the law. Typically, anyone underage will get a warning about the casino floor, but if the trespassing continues, then a casino may contact authorities.

Underage teens may often access casinos with the use of a fake ID. Detailed in NRS 205.460, an underage casino patron who attempts to thwart the law with a fake ID can face an additional misdemeanor charge and the possibility of time behind bars. The fake ID could include a completely new ID or someone’s older ID that has been manipulated or changed.

The law not only includes charges, but a person who uses a fake ID will get banned from the property they were caught in. The possession of a fake ID alone offers enough evidence for authorities to press charges and issue an arrest. An underage casino patron does not even need to use the ID to face charges.

If charged with underage gambling and the use of a fake ID, then the bail amount may increase based upon the compounded charges. A bail bond company can help sort out the situation and get the person released from jail or detention center.

Even if a person does not actively consume alcohol, the law covers areas where drinks are served. For example, a person may sit at a bar to play a counter-based slot machine. A situation like this could include charges for underage drinking, gambling, and the use of a fake ID. The presence of alcohol at a casino could invoke the stacked charges.

Just like the other laws, the crime includes a misdemeanor offense and could include up the six months in jail. A judge may invoke other penalties as well, including the suspension of a driver’s license for someone under the age of 21. Each case varies and depends on the exact circumstances and evidence that surrounds the situation.

If temptation becomes too strong and your teenager finds themselves in trouble, then you need to contact us at All Star Bail Bonds. We have years of experience with the Nevada court system and can ensure the release of your child from jail in a timely manner.

The Las Vegas jail system can be complicated, and our team can track down your child and tackle any potential charges they face. Contact us today for more information on our bail bonds services in Las Vegas, NV.