Need to get bailed out? All Star Bail Bonds North Las Vegas is the closest bail bonds service to the NLV Courthouse. We will bail you out!

For over 20 years, All Star Bail Bonds has helped those in North Las Vegas get the bail money they need to get out of jail. With the help of a DUI bail bond, your loved one doesn’t have to spend longer in jail than necessary. Our mission is to give them the freedom they need.

All Star Bail Bonds is a dedicated bail bonds company that is here to help. Our bail bond services are available 24 hours a day, 365 day a year because we know that arrests can happen at any time, on any day, and we want to be there when they happen. We are there for you and your loved one in your time of need.

So if your loved one finds themself in jail and needs a DUI bail bond, or any kind of bail bond, call All Star Bail Bonds right away. We help everyone in North Las Vegas gain the freedom they deserve.

It’s bad enough to find yourself in legal trouble in North Las Vegas, but what’s even more worrisome is the prospect of spending a night in jail. You’ve just been through a difficult experience, you’re undoubtedly filled with anxiety, and now you’re forced to sit in jail cell because neither you nor your loved ones can afford to post bail. Fortunately that’s where All Star Bail Bonds North Las Vegas NV comes into play. We want to get you out of jail quickly and eliminate a portion of the stress you’re facing.

Everyone that’s been accused of a crime in North Las Vegas or has needed to post bail in North Las Vegas NV knows it can be an emotional and taxing process to take on by yourself. We can help make this process easier! Our goal is to get you out of jail so you can prepare for court and receive help with the financial burden placed upon you. We offer the best bail bonds North Las Vegas NV has to offer, and we encourage you to try put us to the test and see for yourself.

What’s the Advantage of our Bail Bonds in North Las Vegas NV?

We know the bail amount is often higher than expected, but we can help ease the burden by offering financing options, or accepting collateral on approved credit. Unlike other bail bond companies in North Las Vegas, we can conduct our bailouts over the phone as well as in person, making it more convenient for you and your family. We are the closest bail bonds service to the North Las Vegas NV courthouse, and we’ve made a concerted effort to bring you the best service possible. If you are needing to bail out a friend or loved one, give us a call. We can pull up the specifics of their bail and help you help your loved one. We serve all area jails, which makes getting a bail bond from a trusted source easy. We’ll take on the financial burden demanded by the legal system, allowing you to pay for just a percentage of the bond over a longer period of time.

When accused of a crime, a person is forced to pay a specific amount of money to the court to ensure they will show up for their court date. In many cases the amount specified is extremely high, making it nearly impossible for the person to pay. Our company serves as a bail bondsmen. We serve as your proxy, posting the bail on your behalf.

All Star Bail Bonds has a reputation for being the most fair and ethical bail bond company in North Las Vegas NV. We do not charge re-up fees, extension fees, or find other ways to make you pay more than you should. By law, a bail bond company must charge 15 percent of the required bail, no more, no less. We will treat you fairly, without the threat of additional fees, which is just one of many reasons why we’ve gained the customer service reputation that’s made us the best bail bonds company anywhere in Nevada. Call today! (702) 399-0055 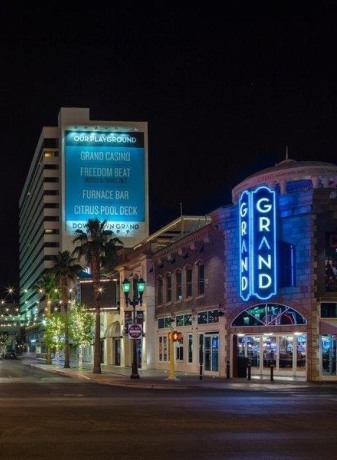