About Us & our Services in Las Vegas, NV

It is All Star Bail Bonds’ mission to get you released from custody as quickly as possible and to ensure that our professional and courteous staff make your bail experience easy to navigate and understand. All Star tolerates nothing less than dependable and professional customer service from our staff and management while guiding you through each step of the bail bond process. Our experience and knowledge of the criminal justice system will help you gain your freedom fast. 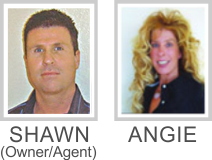 “Every bail bond company is required by law to charge the same percentage for a bond. However, what sets All Star Bail Bonds apart from our competition is that we have outstanding, superior customer service; simply put, we are honest and we treat our customers with the utmost respect.“

All Star Bail Bonds was founded over 30 plus years ago. It was started by a father and his children, and has always been owned and operated by that same family. It started with a single location and a single goal- customer service. Although it quickly expanded to five different locations, the goal of quality customer service has always remained. Each of All Star’s four locations are merely walking distance from all jails in Clark County. However, All Star additionally services clients nationwide. For years now, All Star has consistently written the most bail bonds in the State of Nevada, as well as having more physical locations than all of our competitors. In addition to speaking English most of our staff also speaks Spanish. We have helped thousands of clients, and we can help you too.

Upon being arrested, you are booked into the jail system. Most crimes already have a pre-set amount for bail. However, occasionally you might have to go before a judge who will then decide how much your bail will be. Upon learning how much your bail is set at, you can either deliver the total and entire amount to the jail in order to be released or you can simply obtain a bail bond which will only cost you a mere 15% of the total amount. (It should be noted that all bail bond companies are required by Nevada law to charge 15%- no more and no less. Any bail bond company charging you less than 15% is committing a criminal act in direct violation of Nevada law and is subject to having its license revoked. Once you are released on bail you must make all of your court appearances. When your case is finished the court will then “exonerate” or release you from the terms of your bail bond.