The History & Evolution of Bail and Bail Bonds 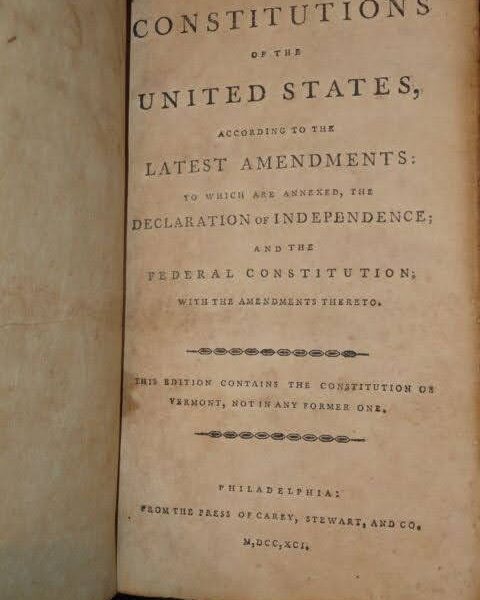 The History & Evolution of Bail and Bail Bonds

When settlers in the United States sought freedom from England, they did keep some of the same practices and traditions from their original country.  One of the institutions that transitioned to the United States was bail. Bail may feel like a modern practice, but it has been around for hundreds of years and is a huge part of the criminal justice system.

The evolution and history of bail bonds are fascinating. Learn about its roots, how the system has changed, and what to expect with current standards.

The early days of bail were a little different than today’s bail. Today, you can have a co-signer help cover the costs of a bail bond, but in England, a person would vouch for someone who was arrested through their word and property. The whole bail process was implemented as a way to end blood feuds between families and create a more civilized court system.

Before the word bail became commonplace, England used the word borh. The word is essentially a synonym for bail. The Magna Carta, signed into law in 1215, would serve as some of the earliest forms of bail. The law document helped provide citizens with due process of the law and the right to a trial.

Instead of just waiting in prison for the trial, bail options would be allowed in non-major cases. Many major crimes like homicide or arson did not allow bail. The bail option did not include money, but rather property like homes or weapons. If a person did not have someone else to represent them and guarantee a court appearance, then borh would not occur.

As England evolved and wars ended, the Statute of Westminster was eventually established. The 1275 laws were amended in 1863 to include a lot of official bail laws. The laws were made to ensure that anyone could receive bail as long the punishment didn’t involve a possible death penalty.

As English law changed, the United States also branched out on its own with a separate bail system.

As the United States was settled, many leaders looked to England to develop laws that made sense and would fit into the new country’s way of life. Bail became one of the options. In 1776, the United States officially declared its independence and it was the separate colonies that developed bail systems.

Virginia would lead the way with many laws that would set the basis for bail and avoid excessive bail amounts. Just like the English system, bail could be granted to anyone who was not charged with a crime that could be punished with the death penalty. The laws also prevented judges from setting a bail amount that was too high to pay, which prevented people from spending time in jail before a proper trial.

As the original colonies decided to band together and establish the United States, bail became an important factor in the constitution. The establishment of the 8th amendment helped form the foundation of bail as we know it today.

The amendment simply states “Excessive bail shall not be required, nor excessive fines imposed, nor cruel and unusual punishments inflicted.” There is a lot to unpack within the statement, but the amendment basically allowed states to establish their own bail system, along with penalties that would not be deemed excessive.

Because of the 8th amendment, a lot of the modern bail laws are set into place. This includes set bail fees for specific misdemeanors and crimes. A judge cannot make up bail amounts and the system often creates predictability for the amount of bail that is set.

Eventually, it became evident that people couldn’t always afford bail, even if the prices weren’t excessive. As a result, the bail bond system was formed.

The start of the bail bond is credited to Peter McDonough, a business owner who lived in San Francisco in the late 1800s. He owned a saloon right near the courts and realized he could make money if he posted people’s bails and only charged them a percentage of the full bail. Once the bail was paid back, McDonough kept the fee amount and would turn profits with his bail bond investments.

The whole process quickly transformed from a quick money scheme into a whole legal system. States set up laws to help govern bail bond companies and ensure people weren’t paying too high of premiums to get a bail bond. Every state has different standards for bail bond services.

The evolution of bail helped ensure those who got arrested could live freely before trial. The benefits are great for those who do not deserve any extra time behind bars. Today, the process moves so efficiently that a person could post bail within hours of getting arrested. The end goal is to make the process move quickly and fairly.

For all of your bail bond needs, contact us at All Star Bail Bonds. We provide the Las Vegas area with bail bond options and guide you along the way with any questions or concerns you have.