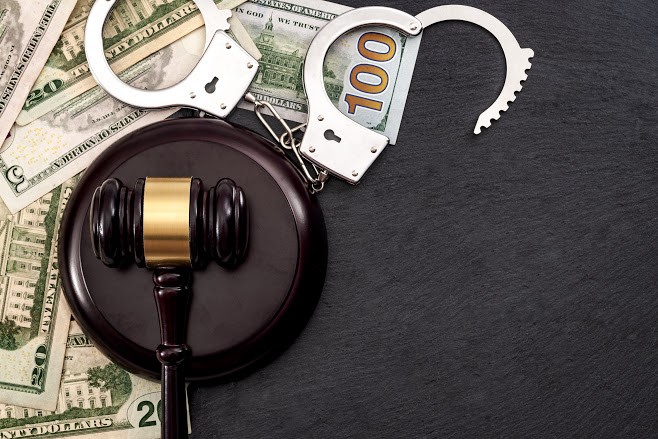 What is a bail bond? If you’ve only heard of these surety bonds in movies or on television shows, you may not have all the facts. Before you accept everything you’ve seen on your favorite police drama as fact, take a look at the answers to some common questions about bail bonds.

What Is Bail and Why Does Someone Need It?

No one wants to spend more time in jail than they have to. Bail can help you, your loved one, or anyone else you know who may have a brush with the law to get out of jail quickly. This type of surety between the arrested individual and the court guarantees (or is meant to guarantee) the person’s return.

A person who fails to return for their court date forfeits the bail amount. Along with losing the bail money, failure to show up at court can result in an arrest warrant. The court/jurisdiction will refund the bail if the individual returns for their assigned court date.

How Much Is Bail?

This question does not have a one-size-fits-all answer. Some jurisdictions use a schedule or pre-set algorithm to provide defendants with bail amounts. If the county or court doesn’t have a bail schedule, the amount may depend on factors such as the severity of the crime/charges, the defendant’s past criminal history, and public safety/risk issues.

Again, the goal of bail is to make sure the defendant (the person who was arrested) returns to court after their release from jail. The potential loss of a small sum may not go far to guarantee this return. This means bail is typically set at a high amount. If the bail is too steep a price for the defendant to pay on their own, they can use a bail bond service.

What Is a Bail Bond?

Instead of their own cash, a defendant can work with a bail bondman to secure the surety bond they need for a timely release. After the bail amount is set, the defendant or someone close to them (such as a relative) can contact a bail bondsman service. The service’s agent will then pay the bond for the defendant’s release from jail.

Is a Bail Bond Service Free?

No, a bail bond service is not free. Even if you, your relative, your friend, or another loved one can’t afford the full price of the bail, you (or someone else who will bail out the defendant) will still need to either agree to a fee or use property as collateral.

Different companies use different fee or collateral structures. This may include a specific percentage of the bond that the defendant or another responsible party (such as a family member) agrees to pay the bail bondsman. You pay this fee for the services offered by the bondsman, and the bail will be refunded to the bondsman rather than to the defendant.

What Information Will the Bail Bondsman Need?

The bail bond service will need to know the defendant’s name, which jail the defendant is currently incarcerated in, the name or names of the people responsible for providing the collateral or percentage payment, and the trial date. If you, a relative, or other person you’re responsible for needs a bail bond, contact your agency of choice for specific details about the information they need.

What Happens If the Defendant Doesn’t Return for Trial or Leaves Town?

If the defendant has posted their own bail, they will lose their own money to the court and risk a repeat arrest and additional jail time for not showing up to court.

If the defendant uses a bail bond service, they may still end up back in jail, but they won’t lose the money given to the court. Instead, the bail bondsman or agent will forfeit the payment. The bond company will use any collateral collected as reimbursement for this money.

When a defendant doesn’t return for trial, the court issues a warrant for their arrest. This makes the defendant a fugitive. Some jurisdictions may provide the defendant with a grace period — depending on the court, the severity of the initial offense, and other potential factors (such as the defendant’s past criminal history or the risk of flight).

The bail bond agent may employ a professional to find the fugitive and bring them to the police. Some states, such as Nevada, allow this practice. This type of professional (commonly known as a bounty hunter) and the bail bond agent must follow all applicable state and local rules for the apprehension and detention of defendants who haven’t returned for their court date and have a warrant out for their arrest.

If the defendant turns themselves in or the bail bond agent turns them in, the surety service can get their money back.

Do you need a surety bond for a relative or friend who needs to post bail? Contact All Star Bail Bonds for more information on this service.