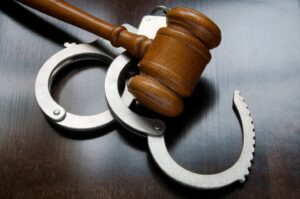 While TV shows and movies often add a lot of drama to a bail hearing by showcasing crazy amounts, in real life, the judge does not set the bail. Often, a person will know their exact bail before the bail hearing takes place in Las Vegas and the surrounding area. Even with set amounts, bail can become complicated, especially in the world of misdemeanor crimes.

Learn exactly what a misdemeanor crime means in Las Vegas and how the crime impacts your bail.

When arrested for a crime, the most basic charge is a misdemeanor. A misdemeanor may include the illegal procession of a weapon, small-time theft, assault, or drug possession. According to the criminal bail schedule for the Las Vegas area, a single misdemeanor will have a set bail at $1,000.

The bail amount is based on the individual crimes and not a single arrest. So if a person was arrested for robbing a casino and was in possession of an illegal weapon, then bail would be set at $1,000 for each crime and total up to $2,000.

When the charges are initially filed, you will see which additional penalties are tacked onto the crimes. While there are standard bail amounts for most basic crimes, the different clauses may cause the amounts to change dramatically.

Some misdemeanor crimes teeter on the edge of felonies and have higher bail amounts than a standard misdemeanor. One of the main crimes in the category is a DUI. Driving under the influence is taken seriously in Las Vegas. The first two instances of a DUI are misdemeanor charges, but if someone has a third DUI, then the charge becomes a felony.

For the first charge, the bail is automatically set up at $2,000. For the second charge, bail increases to $5,000. Along with those charges, a person could have other charges added like the standard misdemeanors. For example, if a person causes property damage or drives erratically, the driving charges could go with the DUI and increase the bail amount.

Another form of bail exception is in the form of domestic violence battery. Like DUI charges, the bail amount also increases based on the number of times a person is charged. The first charge is $2,000 with a boost up to $5,000 for a second. If the victim is pregnant, then the crime is considered a gross misdemeanor, and the bail is automatically set to $5,000.

The exceptions can quickly add up to high bail amounts, so knowing the full amount can ensure a family member or friend can help post the bail.

Even with so many bail amounts set in place, a misdemeanor charge could cover a crime that is not a part of the typical bail schedule. The crime is typically labeled as an unclassified misdemeanor. In the unique tourist city of Las Vegas, the misdemeanors could have a wide range of applications.

Despite some unique crimes involving casinos or the surrounding area of Las Vegas, many of the crimes will still have a set bail at $1,000. A police officer may file charges to split up crimes, with each one costing $1,000 until a final total is reached.

Once the police report is filed, you will have a better idea of the expected bail amount.

As bail bond prices quickly add up, family members or loved ones may worry about footing the bill. One way to help is with a bail bond company. In Las Vegas, bail bond companies must charge a 15% fee to cover bail bonds. So for someone to post bail, you only have to put forth 15% of the total bail amount.

So, if someone has a single misdemeanor charge and the bail is set at $1,000, then you would only pay $150 to process the bail bond. A bail bond company would take care of the rest and ensure your loved one is released from jail quickly.

A bail bond company can quickly lookup arrest records and find detailed information on an arrest. From there, you will receive the total bail amount and can move forward with the paperwork and processing to have a loved one released.

In many cases, a bail bond company will use the bail schedule and charges to give you an estimate. With the estimate, you can have everything prepared for the bail hearing. The preparation will help reduce the total amount of time a person must spend behind bars.

While a misdemeanor may seem like a small crime, the charges could still include extended jail sentences so understanding bail will make a big difference. If you’ve had a loved one arrested on misdemeanor charges, then contact us at All Star Bail Bonds to find out more information and move forward with the bond process.