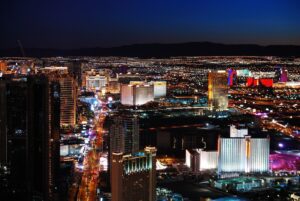 If you’re new to the Las Vegas area, visiting on vacation, or have never been arrested, the Las Vegas jail system can become confusing. When you know someone who was arrested, you want to quickly locate the person and help them get free through the bail bond process.

The more information you know about Las Vegas jails, the easier it will be to make contact and help your loved one out. Follow our complete guide to learn about the various Las Vegas jails, who they house, and your contact options.

The two biggest jails in the Las Vegas area are the Clark County Detention Center and the City of Las Vegas Detention Center. While those are the official names of the jails, each one has different nicknames, which can make the whole process confusing.

If you are confused about what jail a person has been placed in, then ask for clarification on the name so you have a clear picture of what institution you need to contact.

Even more confusing than the jail names is knowing which locations the jails represent. You may assume that the City of Las Vegas Detention Center covers the whole tourist area of Las Vegas, but this is not the case. The actual city of Las Vegas includes a majority of downtown, like Fremont Street, but does not include the main Las Vegas strip.

The main Las Vegas strip, areas like the UNLV campus, and the airport are a part of Clark County and not included within the actual city limits of Las Vegas and are considered parts of unincorporated communities.

So, if a loved one gets arrested for a misdemeanor at a Las Vegas tourist attraction besides Fremont Street and Downtown Las Vegas, they will most likely get sent to the Clark County Detention Center as opposed to the City of Las Vegas Detention Center.

Unless they were at a private residence in the city or a specific casino on Fremont street, it’s pretty safe to assume they were brought to the bigger Clark County jail. One of the only exceptions comes with felony crimes, where most people are sent to the City of Las Vegas Detention Center. This is why an inmate search is essential for finding a loved one.

Thankfully, when you need to obtain a bail bond for an arrested person, bail bond locations are situated close to each of the jails. The bail bond location makes it easy to complete processing and will provide you with more information.

Each jail has its own inmate look-up system. The only basic information you need to look up an inmate is their full name. With the information, you can find the exact jail they are at and use the full jail name and address to know where the person is locked up.

A bail bond company is typically open 24 hours a day, giving you plenty of communication options to fill out paperwork and gather details about an arrest. Phone call hours may vary at jails, but you may be able to deposit funds into an account so the person can use the phone when needed.

If the person arrested is an immigrant, then you may have to look into the Las Vegas Immigrant Jail for their status. This jail is a whole different facility and the arrest will involve ICE agents if immigration status is brought into question.

The ICE arrest rules are different. While the person’s immigration record is investigated, the person may be detained for an extra couple of days, whether you have the bail bond or not. A bail bond company can help you locate the person and work on completing all of the paperwork. With everything ready to go, you can post bail as soon as possible.

Contact us at All Star Bail Bonds if you have more questions about Las Vegas jails and arrests. We have years of experience dealing with the Las Vegas jail system. Our bail bond process will help your loved one get released from jail in a timely manner.