5 Bail Bond Myths and the Truth Behind Them

5 Bail Bond Myths and the Truth Behind Them 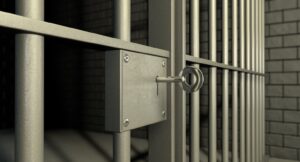 Even if you do not suspect you will ever need to post bail for yourself or a loved one, you should learn about the bail bond process so you are always prepared for the unexpected. While the bail bond process is relatively simple, the stress many people feel after their or a loved one’s arrest can make this process seem more overwhelming than it is.

One misconception about the bail bond industry is that every bail bond company sets their own fees. People who believe this myth often waste precious time after an arrest visiting or calling multiple bail bond companies to look for the one that charges the lowest bail premium, which is the main bail bond fee.

The truth is that all bail bond premiums are set by the state, and every bail bond company in the state of Nevada must charge a client exactly 15 percent of the bail amount before posting a bond or $50, whichever is greater.

Bail bond companies are also allowed by state law to charge just a few additional fees, such as notary fees, travel fees if they must travel to the jail where bail is posted, and several other fees that are typically nominal compared to the bail bond premium.

Myth #2: All Bond Fees Must Be Paid Upfront

If you calculate 15 percent of the bail that must be paid to release yourself or a loved one from jail and realize that this amount is much more than you can afford, then you may think that you simply cannot bail your loved one out of jail until you obtain this money.

However, the good news is that some bail bond companies do allow clients to enter payment arrangements that greatly ease their financial burdens. These arrangements typically require a client to pay just a small percentage of the bond premium upfront, then make additional payments on a regular schedule until the full premium is paid.

Another common bail bond myth is that everyone who obtains a bond must post collateral that is worth as much as the entire bail amount. The truth is that collateral is not always required when you seek help from a bail bond company.

While not all bail bond companies offer unsecured bonds, those that do typically take many factors into account when they decide if a client qualifies for this type of bond. Just two of these factors include a defendant or co-signer’s credit history and residence history.

The bail bond company may also take the type of crime committed into account when they decide whether or not they are willing to issue an unsecured bond instead of a secured bond.

Many people think that if their loved one’s bail is extremely high, they can negotiate with a bail bonds agent to lower this bail amount. The truth is that the bail amount a defendant must pay before being released from jail is determined by a bail schedule or court magistrate, and a bail bondsman does not have the authority to change this amount.

If the defendant has no prior felony convictions, and they committed a crime that is common enough to be listed on the bail schedule, then their bail will be based on the schedule amount set by county law. If the defendant has prior felony convictions, then the court magistrate will determine their bail amount based on the current crime committed and their criminal history, and other factors, such as whether or not they are employed.

If a defendant would like to request a lower bail amount, then they must have their attorney or public defender request a bail reduction hearing where a judge will determine if it would be fair to lower the bail amount.

Myth #5: You Must Travel to the State Where a Defendant is Being Detained to Post Bond

If a loved one commits a crime in the state of Nevada and you live in another state, then you may panic and think you must travel to the state of Nevada to bail your loved one out of jail. The truth is that while you do have that option, most people find it much more convenient to hire a local bail bond company.

When you work with a company in your state of residence, they will enlist the help of another bail bond agent in the county where your loved one is detained to issue a transfer bond that is used to bail someone out of jail across state lines.

If you or a loved one ever need to be bailed out of jail, then forget these five bail bond myths now that you know the truth behind them. Contact All Star Bail Bonds for all of your bail bond needs.