3 Mistakes Parents Make When Bailing Out Adult Children From Jail

3 Mistakes Parents Make When Bailing Out Adult Children From Jail 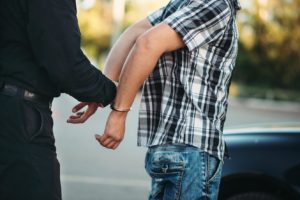 Knowing that your adult child has been arrested is upsetting for any parent, and often parents want to do whatever they can to help their child get out of jail on bail. Unfortunately, some parents make mistakes which could prove costly and result in further problems down the line.

Follow our guide to ensure you make the right decisions when you bail out your child and get through everything right up until the case is dismissed or settled. Avoiding these mistakes will make everything else easier down the line.

When a person gets arrested, an automatic bail will be set based on the charges. As a parent, you may be tempted to just post the full bail and get your child out quickly. Unfortunately, taking things into your own hands could end up taking more time and costing you even more money in the long run.

When you chose a bail bond business for your child’s bail, you have the resources and means to get your child out of jail quickly. A bail bond company has the knowledge and experience to not only post the bail but also get the paperwork done and do things in a timely manner.

Bail bond companies work on a 24-hour basis so the paperwork will get processed in a timely manner. To post bail, you must co-sign for your child and pay a percentage of the full bail amount. In Nevada, companies are regulated at a 15% fee for bail. So instead of posting the whole bail amount to the courts, you would only pay 15% of the bail to the bond company as a service fee.

The experience of a bail bond company will help ensure there are no delays and the company has the ability to answer any questions you have in relation to the bail.

When you want to bail out a child, there are already costs associated with the bail bond fee, so you want to avoid extra costs by making travel plans. You can have your initial contact with a bail bond company directly over the phone. Modern fax machines and email will allow you to sign documents, process payments, and expedite the process without making the travels yourself.

Other options include the ability to meet a bail bond worker at your house or a public location like a coffeehouse. The variety of options makes it a lot easier than traveling to a jail, courthouse, or other locations.

Wasting time on plane tickets or another kind of travel could incur all kinds of extra costs, especially if your child was arrested while on vacation in the Las Vegas area. Examples include bus rides, taxi rides, or ride share apps. Add meals and possible hotel rooms onto the additional costs.

Not only will you waste extra money on the travel and accommodations, but you also may delay the time it takes to post the bail and get your child out of jail.

After a child has been arrested, communication is a key element between parents and children. Be open about the bail bond process and any collateral you put up for the bond. Ignoring things and letting them go back to normal could result in future complications.

A child should know the effort you went through to get the bail bond. You should pass down any information the bail bond company gives you to your child. The open line of communication will help with any problems to address along the way.

As court dates approach, you will want to have communication with your child to ensure they know the dates, times, and have proper transportation scheduled. At first, the communication may just be facts and information, but eventually you will open up to more discussions and build a closer bond with your child.

Just paying the bail bond fee and cutting your child off could result in a child skipping out on court dates, feeling ashamed, or resulting in more arrests. Express your feelings in a civil manner to open up honest lines of communication.

If communication is hard between you and your child, use the arrest as an opportunity to seek out some type of family counseling or a therapist. Not only will the professional help with communication, but any personal improvement may also look good to a judge in a court case.

At the end of the day, the decisions you make could help guide your child on the right path. With our advice and help from experienced professionals, you can make a step forward in the right direction.

For more information on the bail bond process, contact us at All Star Bail Bonds. We serve the state of Nevada, including the Las Vegas area.